The day of Arbaeen is the 40th day following Ashura and in the year of 2015, Arbaeen in Iraq will fall on Thursday, the 3rd of December. [Updated according to the news]

The Arbaeen ceremony is the largest peaceful gatherings in the world that is annually occurs 40 days after the martyrdom of the Prophet Mohammad’s grandson, Imam Hussain (PBUH), and his companions on the day of Ashura.

In the last year, I was only a virtual visitor of Arbaeen epic, sitting behind my laptop and insert some photos of Imam Hussain’s pilgrims into my blog and so on, but this year I’m going to be among  millions of pilgrims on the way to Karbala despite what I heard about the ISIL terrorist group.

Actually when I searched about ISIL and found that these fake Muslims cut men’s heads and sale their women as sex slaves, I decided not to travel to Karbala for Arbaeen as a girl but I thought: if you wish you would be on the day of Ashura in karbala helping the prophet Muhammad’s grandson, this time is the exact time to help. Arbaeen is the time we can introduce Hussain to the world by gathering more and more in Karbala and thus we can help the reappearance of Imam Mahdi by that as Imam Mahdi will introduce himself to the world by Imam Hussain (PBUH).

Moreover, when you really loved someone, it does not matter you were in dangers. Walking on Arbaeen toward the holy shrine of Imam Hussain is a way to show our love to Imam Hussain and his descendant, Imam Mahdi. Arbaeen is also a way to memorize how much difficulties Zainab and Hussain’s children tolerate as they were captive toward Karbala, So I tried to overcome my fear and “rely on God, he suffices as trustee” [33:3]… 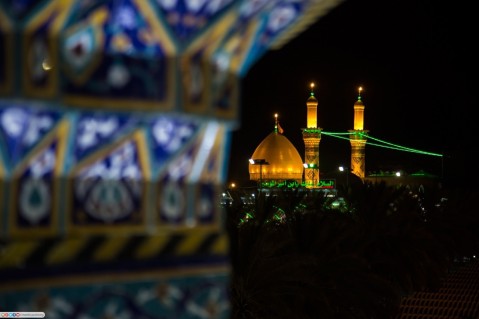 See more photos and videos of Arbaeen at here