We need to introduce Imam Hussain to the world

” Nowadays, we need to introduce #Hussain ibn Ali to the #world. The world of tyranny and corruption needs to know the liberty of Hussain…. If Hussain (PBUH) is introduced to the world, Islam will be introduced, the #Quran will be introduced…”. The supreme leader Ayatullah #Khamenei said it yesterday on the 18th sep. 2019. 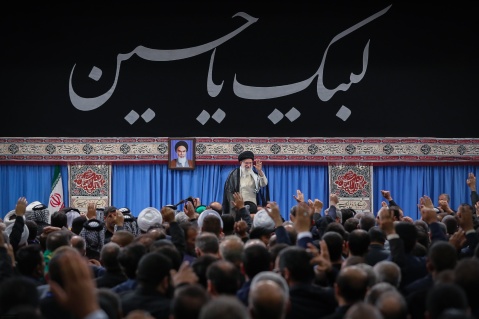 Yesterday, the leader Ayatullah khamenei had a meeting with #Iraqian people who host and serve the pilgrims of Imam Hussain’s holy shrine during Arbaeen in Iraq (PBUH)

The leader thanked Iraqian people for their hospitality and he also said that: ” The message of Imam Hussain (PBUH) is the message of saving the world. The magnificent Arbaeen movement is spreading this message in the world, and this movement should be fortified day after day…”